THESE ARE FIRST COME FIRST SERVE.

After reviewing all the feedback, Pro Tabletop has decided upon the following changes to the time clocks/ amount of time for each segment throughout the day.

Pre-Game consists of 10 minutes (this does NOT include getting to the table).

Game Time set to 3 hours total time or 90 minutes per player.  This WILL include all deployment but will NOT include the pre-game time allotment.

1:20 - Second Battle Round Complete, Begin Round 3

0:35 - Fourth Battle Round Complete, Begin Round 5

For clarity, this provides each player with, on average, the following time breakdown for the typical game:·

Pro Tabletop listened to everyone's feedback and decided upon the following changes to the deployment phase.  The goal with the changes allows the lower seed to have some say but not drastically game altering. PTT modeled this similarity from esports when the lower seeds gets to determine what side of a map they are on or if they want first or second pick.  Pro TableTop believes this process is subtle but also impactful for the lower seed.

-If there are is no hard seeds then a D6 will be rolled and the player with the highest result will "act" as the higher seed for the game. (For example: The first day of the event)

-Lower seed picks what deployment out of the remaining deployment zones.

-Players stay on the table side they are on.  Pro Tabletop refers to the higher seed in this case as blue team and lower seed as red team.

-Players roll off to see who goes first.  The player with the highest roll gets to choose if they want to go first or second.

-Whoever deploys first must deploy their entire army.

-The second player then deploy their whole army.

-The person going second can choose if they want to roll a D6 to seize.  If they roll a 6, the seize is successful and they go first.

The community brought the concern of seeding based on ITC rankings to PTT’s attention.  Pro Tabletop appreciates the explanation about the issue where a lot of top performing players may not have a rank.  This factor could arise from where they are play outside of ITC or not being able to play enough, to include other factors.  With those in mind, PTT decided to alter the format to reflect no seeding going into the event. While making this change, we are also adding additional prizing for 17 more players. 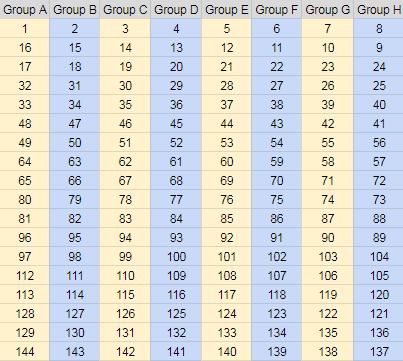 Group play pairings are as follows:

Groups are initially seeded by swiss rank from day 1.

Top player by BP with 3 wins from group play proceeds to championship bracket.

#1 of each bracket enter championship bracket.

Wins then BP in RO8 used to determine final placement of top 8.

Final 2 players are 1-2. Bracket seeding is done by groups. Bracket is as such: 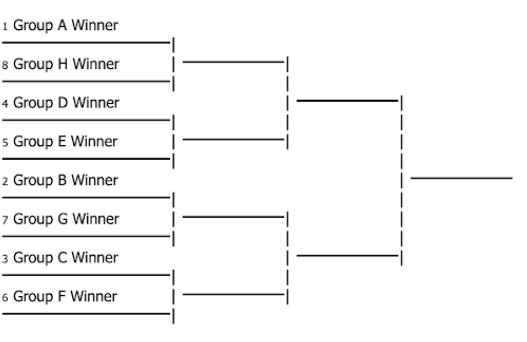 Everyone who did not win a group plays in a single elimination bracket against other players of equal rank.  Using the standings from each group to decide each bracket.

These will be seeded in the bracket based on W/L first and then BP after from Saturday’s games only.

Additional prize support for the winner of each bracket is TBD at this time.

1. If two players are tied in record and BP on Friday, they will flip a coin to determine which group they will       go in for Saturday.

2. If three players are tied in record and BP on Friday, they will round robin flip a coin to determine which           group they will go in for Saturday.

1. If two players are tied in record and BP on Saturday, they will play an additional game to determine who       advances

- Seeding will be based on the players overall record from both days.

- If there is still a tie, the players seed based on the players’ seed at the start of Saturday.